Imagine asking for something of great importance, hoping for the best, and then discovering that you will receive nearly 115 times more than you originally requested! That is exactly what happened to Island Health employee Brianna Swan when she submitted a grant proposal for a clean water project in southern Africa.

Earlier this year Swan, an administrative clerk in Nanaimo’s Health Protection and Environmental Services department who is originally from Zambia, was enrolled in the International Development program at the University of British Columbia. The program includes a course that requires students to develop grant proposals. While she mulled over options, Swan called her parents in Zambia to ask if they were aware of any organizations needing assistance with a grant proposal.

“My dad told me about someone in the Chikankata school district who planned to request grant money for a water project at one of the primary schools,” says Swan. “When I contacted the project officer, he told me that students weren’t coming to school during the COVID-19 pandemic because they had no way of washing their hands and couldn’t access hand sanitizer. He hoped to secure funding for a washing station, and I offered to help.” 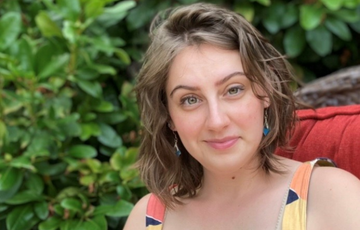 Swan knew the importance of ensuring children in Zambia are able to receive an education, while also having access to clean water. Shockingly, prior to COVID the United Nations Development Programme noted the primary school drop out rate in Zambia was nearly 45%. Further, approximately 6300 Zambians die each year from unclean water and lack of sanitation.

Swan worked with her contact in Zambia tirelessly, often into the wee hours because of the time difference, as well as during her lunch and coffee breaks, to develop a grant proposal for WaterAid, an international organization that brings critical water infrastructure to developing countries.

“We requested $8700 US (or just under 200,000 Zambian Kwacha) hoping it would be rounded up to $9000 US,” says Swan. “I couldn’t believe it when we received the response from WaterAid saying our project had been approved for $1 million US or 15 million Kwacha. Instead of rounding it up to $9000, they decided to give us a million dollars!”

Swan laughs with delight when she recounts the story of how she asked her contact in Zambia to double and triple check the figure to ensure it wasn’t a mistake.

“It was a surreal call that came late at night for me because of the time difference. I asked ‘Are you sure? It isn’t a typo? There is no way they have given us that much!” she says. “We only requested funding for one project but WaterAid decided to help us for three years. It was a shocking phone call that resulted in pure elation for everyone involved, especially when my contact told me 10% of the funds had just been received.”

Swan isn’t exactly sure what made the grant proposal stand out for WaterAid. She attributes its success to a number of factors, including that the proposal outlined how very few Zambians have been vaccinated for COVID, due to a lack of vaccines in that country.

“A lot of larger donors have seen the impact COVID-19 has had not just generally in the world, but on issues that were already a problem like access to clean, running water,” she says. “I think WaterAid probably recognized the urgency in keeping these communities safe so kids could go back to school.” 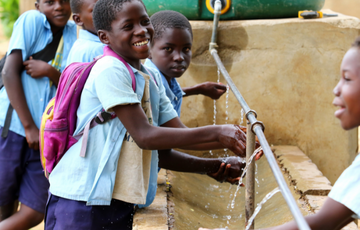 The budget for the washing station includes digging a well as the school doesn’t have running water. It will also require installation of a water tank and holding tank to supply water to a large, rectangular basin where students will line up, spaced apart, to wash their hands. Swan’s contact will canvas other schools in the region to determine if they would also like washing stations installed at their sites.

In the meantime, there are further plans for the initial school site that includes ensuring the holding tank contains enough water for community members to access fresh, running water outside of school hours, as well as planting a garden where run-off from the washing station will be used to irrigate plants, allowing produce to be sold in order to purchase soap for the school.

“It feels amazing to have been a part of this process. Next is trying to figure out what we do with all of that money going forward, such as which communities to choose, and how to prioritize between schools in the district regarding who gets a washing station and when, “ she says. “Even though I can’t be involved in all the ground work, I am trying to see what I can do from here over the next couple of years.” 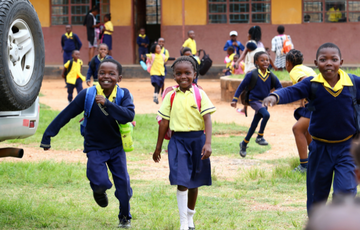