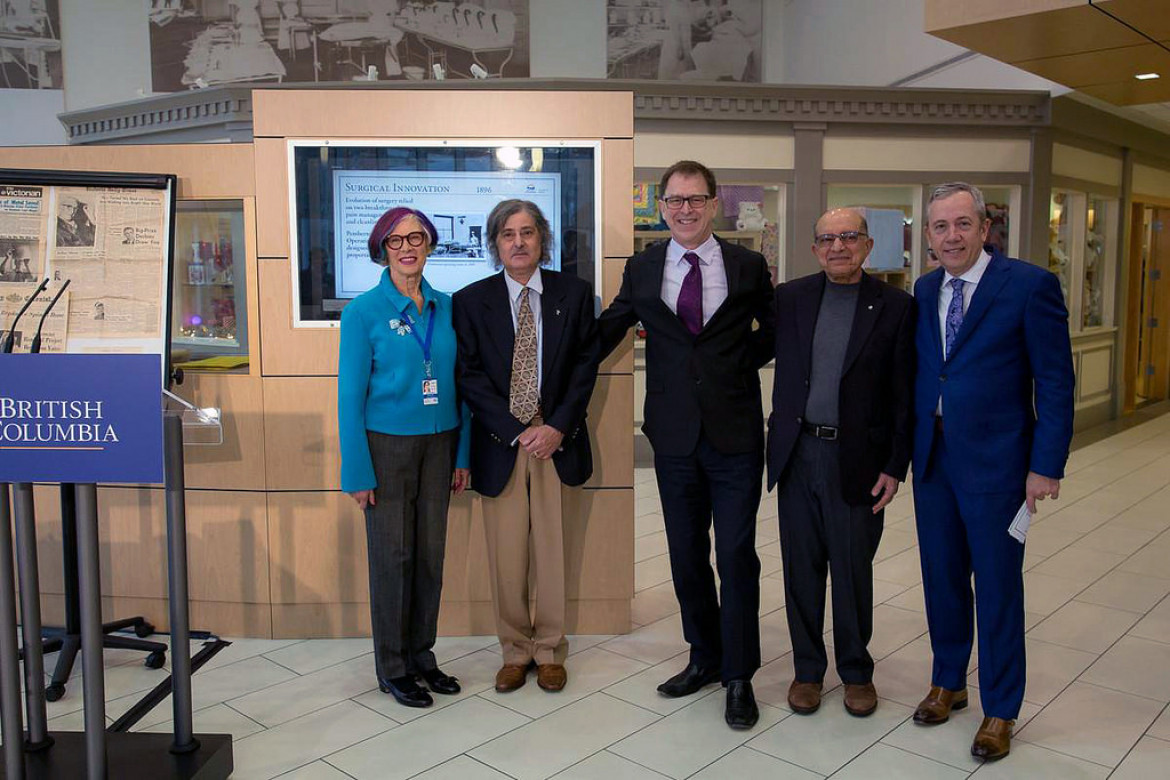 VICTORIA - Visitors to Royal Jubilee Hospital can travel back in time with a time-capsule display in the Patient Care Centre's atrium, which features surgical artifacts from the 1800s to 1968.

The artifacts illustrate how surgical procedures have evolved over the decades. In 1900, a total of 280 operations, mostly appendicitis or pelvic conditions, were performed at Royal Jubilee Hospital in the Pemberton Memorial Operating Room, the hospital's first operating room. The operating room established the hospital as the leading surgical hospital in the province and was approved by Dr. Joseph Lister, pioneer of antiseptic surgery.

"Preserving the past and learning from our history is incredibly important, and it's great to be able to highlight surgical artifacts and interventions that we have learned from," said Health Minister Adrian Dix. "By highlighting the 50th anniversary of Hamdi's surgical innovation, we're able to see what great things we were capable of then, and now."

The year 1968 also saw the advent of the Big Mac hamburger for 49 cents. The films The Graduate and Rosemary's Baby were released, and airbags were invented.

It was also the year Hamdi, for years Vancouver Island's only neurosurgeon, performed spinal surgery on 65-year-old patient William Hamilton. The surgery was a great success and saw an outpouring of support for the Royal Jubilee Hospital and resulted in further requests for Hamdi's surgical expertise in performing the gruelling six-hour procedure with the stainless steel prosthesis.

"By honouring our father today and donating the prosthesis to the Victoria Medical Society, we know his spirit, his inventiveness and commitment to the wellness of others will continue to be recognized and shared. His career was cut far too short. But no matter what health challenges he faced, he remained passionate about lifelong education, and instilled that respect for learning in myself, my brother Llew and my sister Rhiannon," said Hamdi's son, Ramsay Hamdi.

The artificial vertebra was the brainchild of Hamdi in partnership with Victoria metallurgist Richard (Dick) Alexander, then vice-president of Kennametals of Canada. Alexander assisted in developing the prosthesis that Hamdi designed.

To honour his contributions to his profession and community, Hamdi was made an honorary citizen of the City of Victoria on Dec. 30, 1971, and was presented to the legislature of British Columbia on Aug. 9, 1968.

Hamdi and his colleague Dr. Bill Gaddes also established a laboratory at Royal Jubilee Hospital, which operated for many years and provided training opportunities for University of Victoria graduate students.

Although his career was tragically cut short by the onset of illness in 1976, Hamdi's passionate pursuit of knowledge endures, today honoured by the Province and Island Health in an informative time-capsule display.

The surgical artifacts on display are held by the Victoria Medical Society, an organization that formed in 1895 as an information resource for physicians. The Victoria Medical Society is working toward restoring the Pemberton Memorial Operating Room as a medical history museum and a home for the society's medical archives library and offices. The restoration of the Pemberton Memorial Operating Room as a public medical museum has been encouraged and supported by medical historians and heritage organizations.

Additional Resources
Connect with the Province of B.C.
Learn more about the Victoria Medical Society.
Back to Top